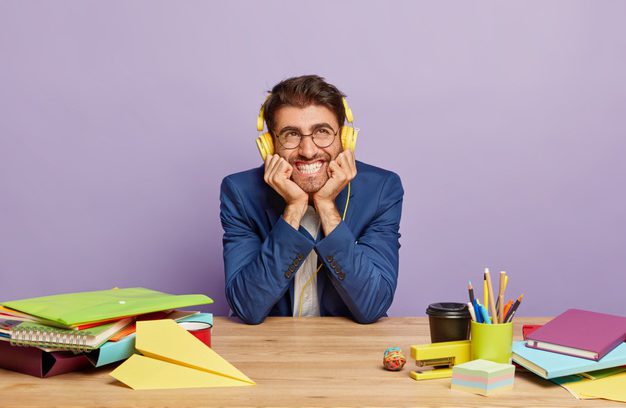 It’s always nice when the mainstream media — in this case, NPR — understands the plight of the recruiter, as they do in this article called “How To Make Job Interviews Less Horrible.” (That’s obviously the plight of the candidate as well.)

This article is tied to a book called Noise: A Flaw in Human Judgment. It’s by the Nobel Prize-winning psychologist and behavioral economics godfather Daniel Kahneman, as well as Olivier Sibony and Cass Sunstein. Sunstein is best known for his work on “nudges,” and now he’s also part of the Biden administration too.

The authors readily acknowledge the problem of bias in hiring. Studies have found that employers discriminate against applicants if they have African American-sounding names or are women with children, and employers have been found to favor those who are extroverted, are good-looking or have other superficial qualities that have zero relevance for a particular job.

Many recruiters know these studies and can find them pretty quickly on Google. We live this stuff.

But these authors take a different view. To quote the NPR piece:

As problematic as such biases are, Kahneman, Sibony and Sunstein’s focus is on another flaw in human decision-making that affects the hiring process: noise. The authors define noise as “unwanted variability of judgments.” Bias is a group of humans making judgments that go in a particular direction, like systematically not hiring people from disadvantaged groups. Noise, on the other hand, is when judgments go all over the place. It’s when there seems to be no rhyme or reason to human decisions — when different people see the same facts and reach wildly inconsistent and unreliable conclusions. Kahneman, Sibony and Sunstein find noise is a huge problem facing all sorts of organizations.

Cut through the noise

Everyone wants to weigh in and get time with a candidate, because they “know when they know.” It’s a bunch of emails, rescheduling efforts, and 5-7 interviews, which just frustrates the candidate to no end as well. A lot of the interviews have overlapping and generic questions. There’s not a lot of collaboration between the different hierarchy tiers wanting to get time with the candidate, and definitely not a lot between hiring manager and recruiter.

Some places do hiring pretty well, but what we just described is normative at a lot of places.

Now, the authors of that book? They aren’t recruiters, but they acknowledge it too.

“Interviewers of job candidates make widely different assessments of the same people,” Kahneman, Sibony and Sunstein write. A big reason is that superficial first impressions can outweigh a careful analysis of a candidate’s actual qualifications. And that can provide a roadblock for organizations hiring the best people for the job.

Their ultimate solution is something called a “decision hygiene strategy,” which seeks to cleanse people’s judgments of biases and quirks and nudge them to be more objective and consistent.

We have another one.

Interview soundbites are quick hits from a recruiter phone screen — 2 to 4 minutes — that the hiring manager and other stakeholders can review between meetings, on the treadmill, whatever. It saves a bunch of time because they hear the impactful parts but don’t need to commit to the full 30-to-60 minute interview.

We think of soundbites as the future of recruiting, and a way to cut through this noise.

When you have an open role and work with recruiters, are you getting soundbites, which can have true value (and reduce bias), or are you getting notes that maybe don’t do the candidate justice? And if you were getting these soundbites, do you think you could hire faster? (Short answer is yes.)

If you want to “end horrible job interviews” (PLEASE!), one way is to definitely cut through the noise. And you do that with soundbites, time saved, money saved, and a better candidate experience.