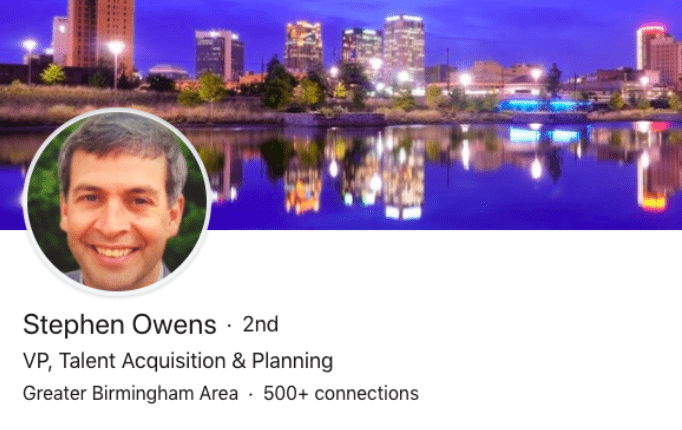 Stephen Owens is the VP of Talent Acquisition and Planning at a multi-million dollar, insurance company.

As with any Talent Acquisition leader, Stephen was looking to manage costs and create awesome long-term relationships between his people and the managerial levels. In short: the creation of both personal and financial efficiencies.

“That’s nuts! We’ve never done that. We wouldn’t have hit it in previous years, and probably would have run half of it through an agency. A standard agency fee is about $6,000 per hire across our partners. Let’s say we did 53 of the 106 hires through agencies. 53 times $6,000 per hire is $318,000 for just those hires over the holidays.”

“Honeit helped us double the number of hires we could handle in-house, that’s an insane cost savings. By increasing recruiter productivity and throughput, in just six weeks, we saved over $310,000 in external recruiting agency fees.”

Using Honeit, Stephen’s recruiting team was able to foster much more positive relationships with hiring managers throughout the geographically-dispersed team. How?

“What I can show is that for every Honeit we share with managers, it takes five minutes for them to listen to the answers we shared. Now I just cut a manager’s time from a minimum of 30 to five minutes.”

“25 minutes of a manager’s time times the number of interviews we share in a year times the manager’s hourly rate is a huge number. It’s a no-brainer. I’m saving hiring managers 25 minutes per screen. Yes, I’m able to get more consistency, but that’s a HR-y thing.”

“This is about saving time and not sacrificing quality.”

They’ve been able to shift hiring events. The old model was that a pool of resumes was reduced to 50 by TA, 20 of those became calls, the calls became notes, and 5 were sent to the hiring manager, who typically selected 3. Out of the 3, 1-2 were brought on-site and eventually got an offer.

The new model is targeted at 25 hires per new “class,” and Stephen’s team has submitted 40-45 Honeit profiles to hiring managers. They can listen to all 40 in a little over an hour, and decide what 25 they want to offer.

Now, instead of coming on-site for interviews, the candidates come on-site for a “meet and greet” as opposed to a standard hiring event. An entire stage is cut out, and in terms of candidate experience, the candidates are coming in with an offer — not to be further vetted.

In two recent cycles, they’ve moved candidates from a new req to signed offer in less than five business days.

“We’d receive a requisition on Monday and have offers out by Friday.”

“The speed to offer is incredible. It sells itself.”