Job Descriptions: A New Way to Fix Them 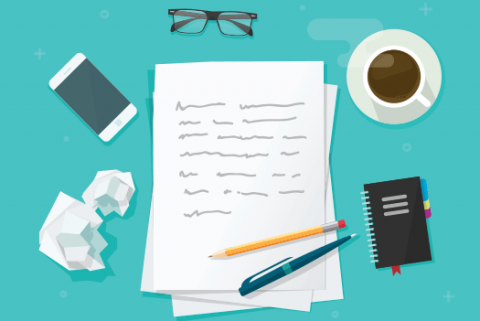 Are we even doing job descriptions right?

Broadly speaking, no. If you want a good voice of authority on this topic and where job descriptions should ideally head, consider Katrina Kibben on Twitter. Everyone under the sun has attacked job descriptions in the last 10 years, so we won’t pile on there. We just want to give you one small example.

Let’s say there is a job for a QA automation engineer. Most people who would reasonably apply for that job know what’s involved in it. In fact, if someone had to read the bullet points, they probably wouldn’t be qualified for the job. Now, someone who is qualified might still look at the job description for information about the location, the company, the culture, whether the job can be done remotely (COVID), etc. But it’s almost never about the bullet points of tasks — and in reality, unfortunately, it’s almost never about the culture description, because those usually end up being kind of generic.

What would a candidate want to see on job descriptions?

More importantly, though, candidates really want one thing above all (well, this and money). They want to understand who the boss will be, how the boss perceives the role, if the boss seems to care about the role or if it’s a box-check of sorts, etc. One of our former colleagues moved from Minneapolis to Texas a few summers back for a job — and figured out within 6-7 days that the job didn’t really need to exist. Most of the process had been relatively-generic phone screens and standard interview questions. Time was wasted, someone ended up moving 900 miles, and when the next layoff wave hit, he was easy to sacrifice even though he had changed his entire day-to-day life for a role.

Is there a solution to job descriptions using conversational interview technology?

What we developed are “Voice-First Job Previews.”

Now, in the broader HR thought leader world, you may hear “job previews” in the context of “realistic job previews,” which to many just mean “more bullet points.” Some companies in recent years have brought people on-site to complete projects/tasks, but that’s expensive and not even possible right now with COVID spikes.

With our Job Previews, essentially a candidate can hear — audio is powerful and on the rise for everyone these days — how a hiring manager defines the job, approaches the role of the job on that team, and talks about the culture.

All of these questions usually have good answers, and are contained in everyday recruiting intake and kick-off calls. The problem is only the recruiter on the intake call gets to hear them.

So why not know as much about your manager as you can in the front of the process, as opposed to post-offer letter?

If you listen to the hiring manager and he/she seems bored or harried or overly busy, maybe that’s a trigger for you as a candidate and you want to step back a bit from this role. If the hiring manager seems incredibly enthused and is talking about where the role could head and how you could be a team manager in 2-3 years, maybe you now are super excited and want to put everything into this application.

It’s almost a way of taking the podcast movement that everyone seems to love, harnessing the power of audio and conversations, and moving that into the job descriptions realm to try and save it.

None of this requires extra cost.

Recruiting intake and hiring kick-off calls are already a part of any good recruiter’s process.

There is other great stuff happening in the job descriptions realm too, especially around text analysis of certain words that alienate minority or women candidates, Now, recently some have been claiming that video ads are a new wave that could help the job description world, and we can see that argument. But a lot of video ads are one-way tools and not every hiring manager wants to be on camera.

Video production can also feel rehearsed and be slickly-edited, which top talent sees through. You could still get some of those issues on an audio job description, but the idea here is that the recruiter has a set of 2-3 questions they ask the hiring manager, the hiring manager answers in real-time and is recorded, and it provides context to the candidate pool on how valuable the role is and the future of the role. It’s more organic and less slick to produce — which also means it’s cheaper.

Again, no extra steps and no extra cost.

Final note too: it’s easy to “scale” the idea of “perceived culture,” i.e. a career video on your website. There. You just scaled it. But it’s much harder to scale the department or “team culture,” or “what it’s really like to be on this team.” Very few companies have even attempted to scale that concept. This could do it.

One concept above all: down with bullet points on job descriptions. They do not win the day. Job Previews and context for the candidates? That might.